Dr. Alex Shigo was widely considered the "father of modern arboriculture" and a university trained tree pathologist. Dr. Shigo's study of tree biology led to a broadened understanding of compartmentalization of decay in trees. Shigo's ideas eventually led to many changes and additions to commercial tree care practices and the now accepted way to prune a tree.

Shigo received a bachelor of science degree from Waynesburg University near Duquesne, Pennsylvania. After serving in the U.S. Air Force, Shigo continued his study of botany, biology, and genetics under his former biology professor, Dr. Charles Bryner.

Shigo moved from Duquesne and continued his education at the University of West Virginia, where he received a combination Masters / Ph.D. in pathology in 1959.

Dr. Shigo started a career with the United States Forest Service in 1958. His earliest assignment was to learn more about tree decay. Shigo used a newly invented one-man chainsaw to "open" trees in a way no one else had, by making longitudinal cuts along the stem rather than transverse cuts across the stem.
His tree "autopsy" technique led to many important discoveries, some of which were and are controversial.

Shigo believed that trees are not made up of "mostly dead wood" but have the ability to contain disease by creating compartments.

Shigo became Chief Scientist for the Forest Service and retired in 1985.

Instead of "healing" like our skin, an injury to a tree trunk results in surrounding cells changing themselves chemically and physically to prevent the spread of decay. New cells are produced by cells lining the cut area to cover and seal the injured area. Instead of trees healing, trees actually seal. 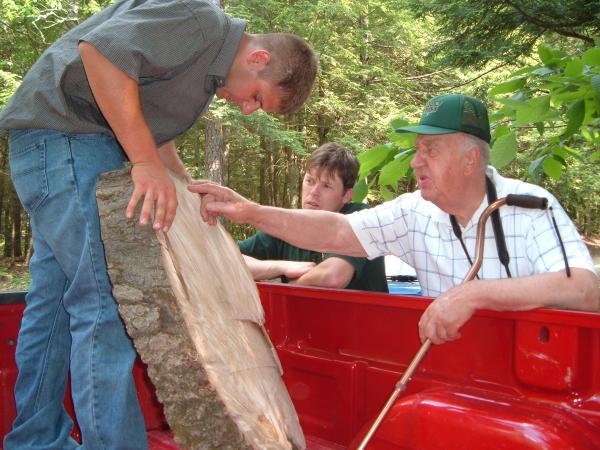